Concordia is a talent-first studio, founded by Oscar-winning director, Davis Guggenheim (“An Inconvenient Truth” and “Waiting for Superman”) and award-winning producer, Jonathan King (“Spotlight”), in partnership with Laurene Powell Jobs and Emerson Collective.  Concordia Studio formally launched in 2020 to finance, develop, produce, and deliver the most compelling stories with today’s forward-thinking creators.

In addition to producing nonfiction and narrative film and television, Concordia is dedicated to diversifying the documentary landscape through The Concordia Fellowship.  Concordia’s unique artist-in-residency program was created to support up-and-coming, diverse filmmakers.  One of Concordia’s first Fellows, Garrett Bradley, went on to produce and direct the documentary film, “Time” which won several high profile accolades including an award at Sundance in 2020, where it sold to Amazon, won a Peabody Award and was later nominated for an Academy Award.

Concordia debuted several other films at Sundance that year including Jesse Moss and Amanda McBaine’s “Boys State,” which landed a record-breaking deal and also won the Sundance Grand Jury award.

Concordia’s more recent nonfiction titles include the 2022 Academy Award winner, “Summer Of Soul (…or, When The Revolution Could Not Be Televised)” directed by Ahmir “Questlove” Thompson; Robert Greene’s 2022 Academy shortlisted and Peabody nominated, “Procession”; “Homeroom” directed by Peter Nicks and  winner of the Jonathan Oppenheim Editing Award for U.S. Documentary; “At The Ready” directed by Maisie Crow; and Emelie Mahdavian’s “Bitterbrush”, released by Magnolia Pictures.

Concordia’s slate of premium documentary films currently in production includes “Still” a feature film about the life of beloved actor and advocate, Michael J. Fox, directed by Davis Guggenheim; “The Happenings”, a nonfiction genre horror series for Apple+ profiling The Enfield Poltergeist of 1977 that inspired popular horror movies; and an untitled project about the Navajo Nation Police Department.

As Chief Operating Offer and General Counsel at Concordia, Lori helps set and execute the overall strategy and business plan for the company, while managing key operations across all divisions.

Jonathan Silberberg is an award-winning nonfiction creative executive with over 20 years experience as a producer, showrunner, and executive producer of  nonfiction films and series.

Nicole Stott is an award-winning nonfiction creative producer and executive with over 25 years of experience, including more than 50 produced titles.

Rahdi Taylor is Executive Vice President at Concordia Studio, where she designs and directs The Concordia Fellowship to catalyze transformative, career building opportunity for highly select, diverse US documentary storytellers. 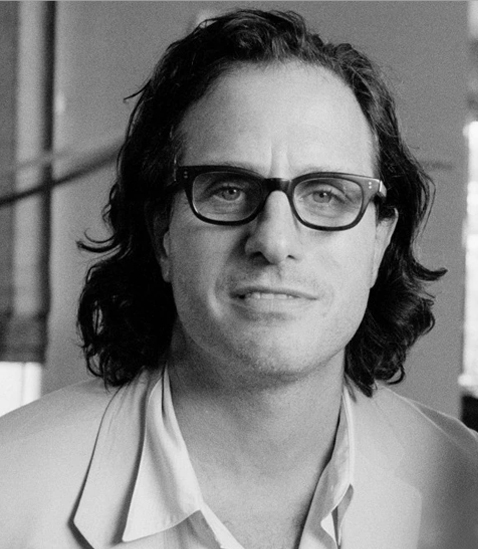 Davis Guggenheim is a critically acclaimed, Academy Award-winning director and producer.  Since 2006, he is the only filmmaker to direct and produce three distinct films ranking in the top 100 highest-grossing documentaries of all time (An Inconvenient Truth, It Might Get Loud, and Waiting for “Superman”).

Guggenheim’s documentary, WAITING FOR “SUPERMAN” received the 2010 Sundance Film Festival, Audience Award for best documentary just two years after he released, IT MIGHT GET LOUD, a documentary offering a glimpse into the lives of guitarists, Jimmy Page, The Edge, and Jack White.

Davis previously served as producer and director of the Emmy Award-winning HBO series, DEADWOOD, in 2004.  Other television directing credits for Guggenheim include episodes of THE SHIELD, ALIAS, 24, NYPD BLUE, ER, and THE UNIT (pilot episode).

Davis Guggenheim founded Concordia Studio in Venice, CA in 2017. He is the Chief Creative Officer of the Nonfiction division. 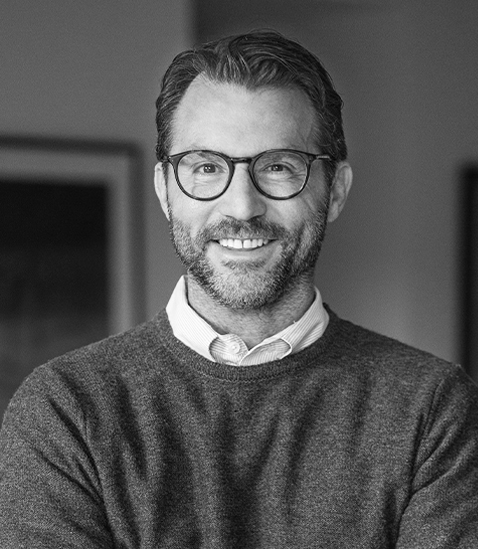 Prior to Concordia, King was President of Narrative Film and Television at Participant. Over the course of 12 years at Participant, King built a diverse slate of almost 50 feature films, including the 2019 Best Picture winner GREEN  BOOK, Alfonso Cuaron’s multiple Academy Award winning ROMA, 2017 sleeper hit WONDER, the 2016 Best Picture winner SPOTLIGHT, as well as CONTAGION, LINCOLN, BEASTS OF NO NATION, THE HELP, THE BEST EXOTIC MARIGOLD HOTEL, DEEPWATER HORIZON, and A MOST VIOLENT YEAR. In 2012, he launched Participant’s effort into making films in Latin America, which produced Pablo Larrain’s prize-winning films NO and NERUDA, and Sebastian Lelio’s 2018 Academy Award-winner A FANTASTIC WOMAN. King also produced the Emmy Award-winning limited television series WHEN THEY SEE US, created and directed by Ava DuVernay.

Throughout his 25 years in the film industry, King has worked as both an independent producer and an executive for companies including Focus Features and Miramax Films. He started his career in MGM’s New York office, scouting books, theater, and independent films. 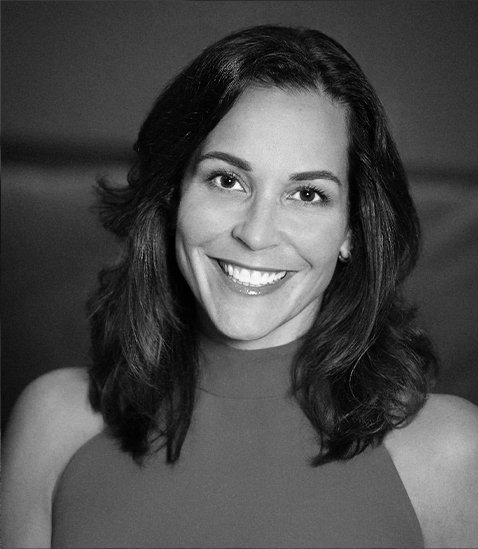 As Chief Operating Offer and General Counsel at Concordia, Lori helps set and execute the overall strategy and business plan for the company, while managing key operations across all divisions. She provides legal and strategic guidance on corporate transactions, financing, and employment matters for the company. Lori is also responsible for overseeing all business and legal affairs related to the development, production, and distribution of Concordia’s core content divisions.

Prior to joining Concordia in 2021, Lori served as the EVP and Head of Business & LegalAffairs for Ron Howard and Brian Grazer’s, Imagine Entertainment where she successfully led Imagine’s business unit operations and deal-making ventures across Film and Television, Documentary, Kids + Family, Brands, International, TelevisionStudios, and Artist Management divisions. She also managed all aspects of the company’s legal strategy, policy and procedure.

Previously, Lori spent several years as Skydance Media’s SVP and Deputy General Counsel where she served as chief in-house counsel on corporate matters as well as oversaw all business & legal affairs for the company’s live action and animated television divisions. In that role, Lori led all business related to production of the Emmy award-winning series, “Grace & Frankie” and was instrumental in securing its 7th and final season renewal.

Lori has also held posts at Fox 21 Television Studios, Lionsgate Entertainment, and began her career as a litigator. She earned a BA with Honors from University ofCalifornia at Berkeley, and holds a JD from USC Gould School of Law. 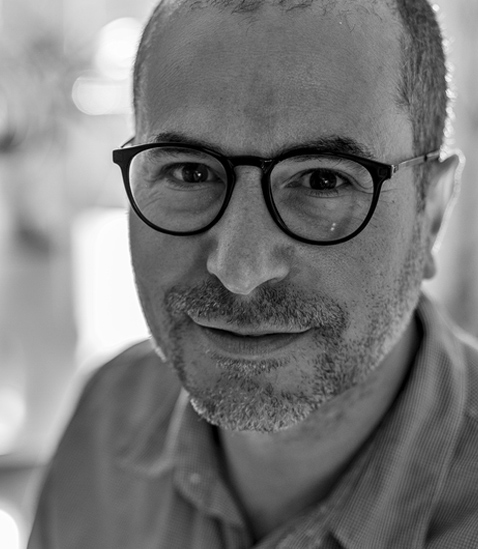 Jonathan is a member of the PGA, DGA and WGA. 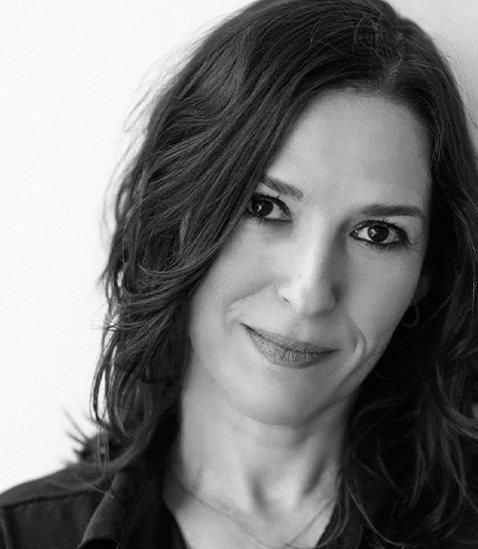 Prior to joining Concordia, Nicole served as Head of Documentary at PASSION PICTURES in London where she creatively helmed  the nonfiction slate, working on many acclaimed titles including: Academy Award and BAFTA winner SEARCHING FOR SUGAR MAN; Academy Award nominated RESTREPO; BAFTA Outstanding Debut Winner THE IMPOSTER; IDA and Peabody Award winning LISTEN TO ME MARLON.

Nicole is a member of the PGA, BAFTA and The Academy of Motion Pictures Arts and Sciences. 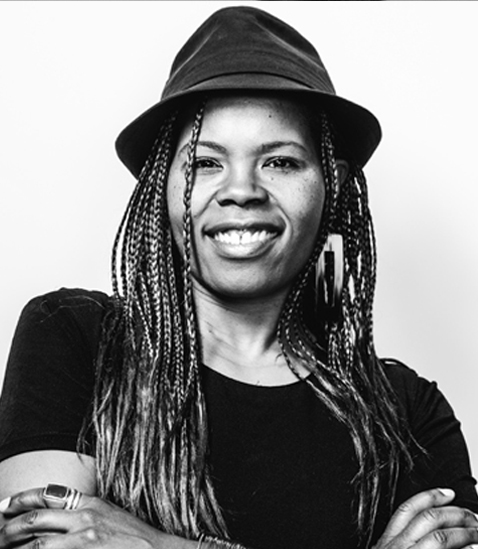 Rahdi Taylor is Executive Vice President at Concordia Studio, where she designs and directs The Concordia Fellowship to catalyze transformative, career building opportunity for highly select, diverse US documentary storytellers. She spent 10 years at Sundance Institute as Director of the Sundance Documentary Fund, awarding financing and creative support to documentary films globally. Films supported include Academy Award nominees Minding the Gap, Hale County, Fathers and Sons, StrongIsland, Last Men in Aleppo, I am Not Your Negro, The Look of Silence, Cartel Land, CITIZENFOUR, TheSquare, Dirty Wars, Invisible War, How To Survive a Plague, If a Tree Falls: The Story of the EarthLiberation Front, and Trouble the Water. Additional films supported include Shirkers, 306 Hollywood, 93 Queen, and United Skates. She enjoys leading field-wide interventions, and designed and directed theDocumentary Core Application. She also created the Doc Film Money Map, a tool to catalyze nonfiction filmmakers to use state tax incentives for indie doc financing. Prior to Sundance, Taylor worked in film distribution at California Newsreel in San Francisco, and in artist/project development at Women MakeMovies in New York. She serves frequently in the field as a juror, panelist and industry advisor for international film festivals, funding panels, and pitch forums.